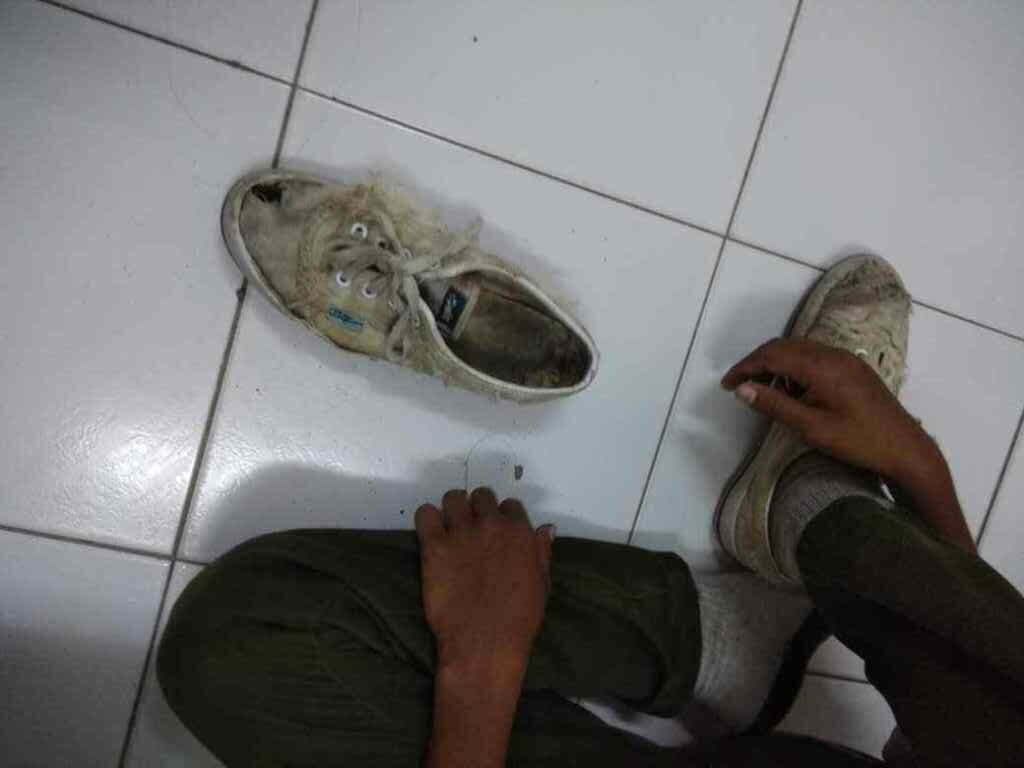 To Walk in Another’s Shoes

Like it or not, a child’s background often determines the course of his or her life. Children from underprivileged communities do not have the same access to education opportunities, including being able to afford basic necessities to study such as uniforms, stationery, and in Ali’s* case, decent school shoes.

One day, after I finished teaching one of my lower performing classes, my student Mazlan called out to me and said, “Cikgu, si Ali mencuri kasut sekolah budak Tingkatan 5 masa diorang berada dalam bilik kaunseling, cikgu. (Teacher, Ali has stolen the shoes of a Form 5 boy who is in the counselling room.)” Ali quickly defended himself by saying, “Jangan kau sembarangan menuduh sana, bagus kau diam kalau kau tiada bukti! (Don’t carelessly accuse me if you don’t have evidence!)” As they kept arguing with each other, I looked down at Ali’s shoes. My heart sank as I noticed they clearly did not fit him.

With a stern voice, I ordered him to return the shoes and apologise, before coming to see me in the staff room. After about 15 minutes, Ali and 2 prefects who had accompanied him entered the staff room. The prefects said, “Cikgu, tadi dia cari kasut dia balik di dalam tong sampah, cikgu. (Teacher, he went back to the rubbish bin to find his old shoes.)” With a heavy heart, I talked to Ali about this, asking him why he stole the shoes in the first place and whether he thought his actions were right or wrong. As I spoke to him, I sensed both anger and devastation in him. 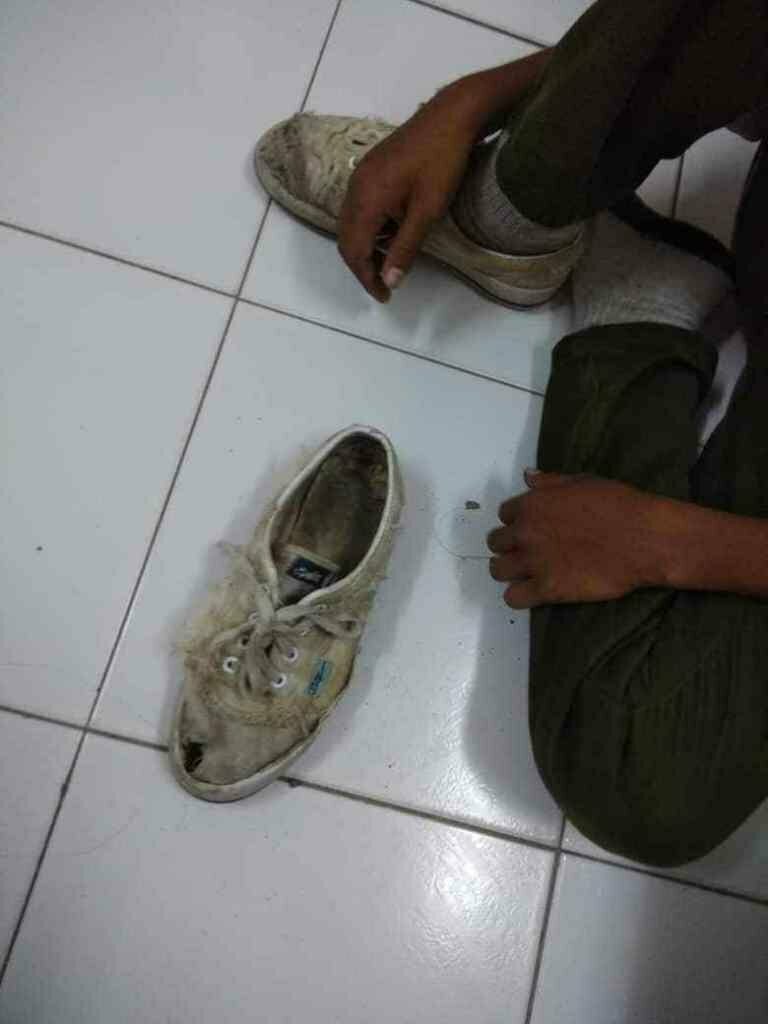 The shoes he retrieved from the rubbish bin.

I later learnt that Ali resorted to stealing the shoes because he simply could not afford to buy a new pair for himself. Ali often had to work during weekends to support his ailing father, and his 4 siblings who are still studying. His weekends would be spent doing manual labour by the seaside to earn a mere RM10 per day, in order to help his mother, who sells traditional kuih in their village, support their family.

I realised that I needed to do something about this. I started to ask for donations and by the next day, I managed to get three pairs of shoes for Ali. One pair fit him perfectly and he decided to give the rest of the shoes to his siblings. He was very happy! I also developed an agreement with him: he made a promise that he would not steal other people’s belongings, and would also be more open to ask for help when he needed it.

Compared to the 8 other secondary schools in Semporna, my school has the highest student expulsion rate due to disciplinary issues. To address this, my 2018 cohort-mate Susan Balong and I co-founded an initiative called the Zero Crime Project (ZCP). ZCP aims to address the high rate of disciplinary issues in my school by developing the leadership and entrepreneurial skills of students, to empower them to earn the income needed to sustain themselves. ZCP’s goal is to decrease disciplinary issues in the school by 50%, and we expect to impact at least 123 students with disciplinary issues this year. Our hope is that with the skills learnt from the Project, student participants will also be able to generate revenue for the sustainability of ZCP in future years, so their student peers can also benefit from the programme. As an active member of ZCP, Ali no longer steals, has become more helpful and cheerful, and has even been trusted with responsibility in running the project. 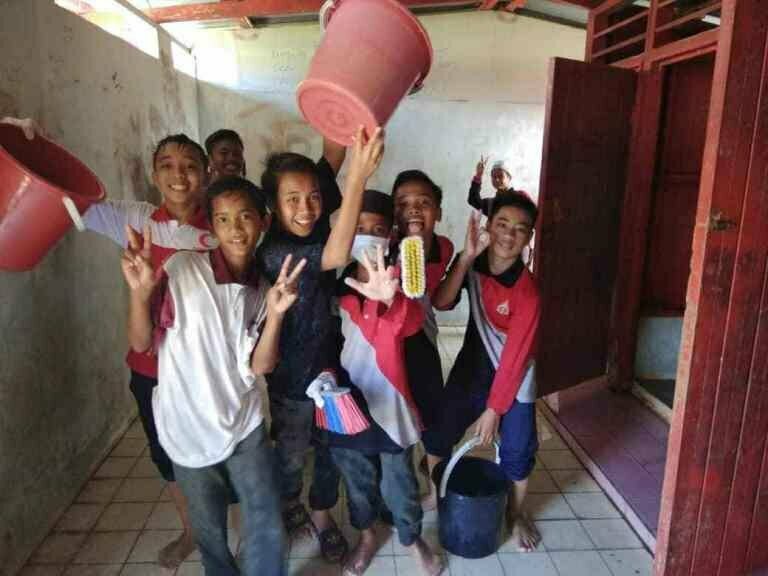 Other students involved in ZCP, cleaning a space and also learning entrepreneurial skills so they can earn their own pocket money.

You can find out more about Zero Crime Project here http://fb.me/zerocrimeproject

*Ali’s name has been changed to protect the privacy of the individual.

Don't judge people for the choices they make when you don't know the options they had to choose from.