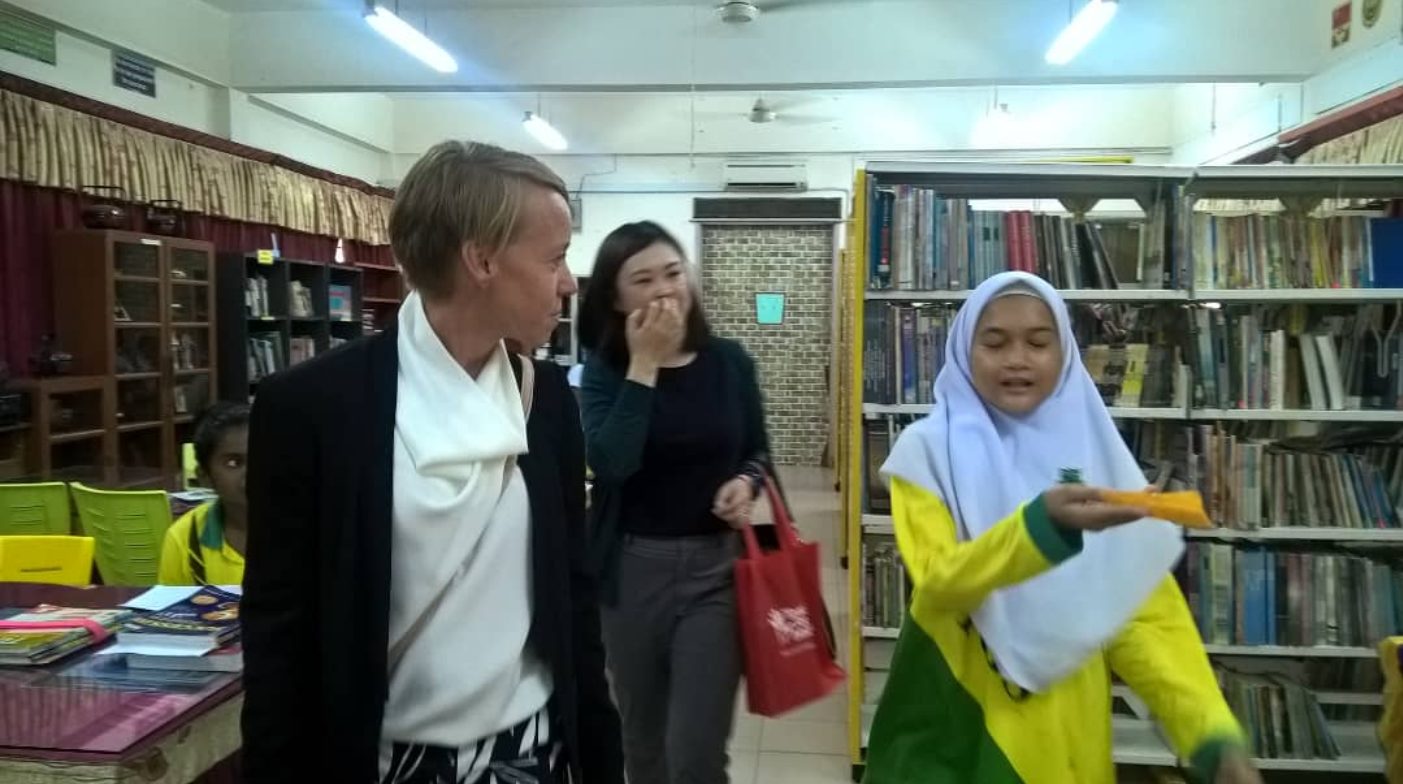 The Lack of Opportunities: A Big Contributor to Education Inequity

It’s very easy to shake our heads and say, “Why don’t these kids try harder” when we see students performing poorly at academics in school, or not bothering to learn English for their future. However, the reality is that many students end up unmotivated and apathetic due to environmental factors, including a lack of exposure to opportunities and new ways of growing. This is something that Atiqah Nazir, a 2018 Teach For Malaysia Fellow, learnt (and is still learning) as she undergoes her Fellowship in a high-need school in Klang, Selangor.

COMING OUT OF HER SHELL 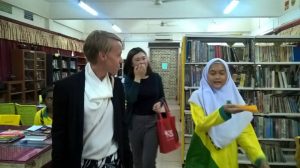 Visitors being brought on school tour by student S

Every day, Atiqah meets demotivated students. These students simply don’t have enough understanding as to why being engaged during lessons and learning new things in school is important. She believes that exposing students to real-life instances that require such skills and language empowers them to try harder in school. One instance in particular stands out to her. She shared the story with Teach For Malaysia, as paraphrased below:

“I had a student who was in Form 1 in one of the lower-performing classes. Let’s call her ‘S’. S was quite the troublemaker; not having much of an interest to learn and she was always talking and disrupting the class. However, I saw a different side of S in 2017. S was hesitant in speaking English because the environment in her classes and school weren’t conducive. At home, she also only spoke Bahasa Melayu. In her English language exams, she didn’t score very well, which further reinforced her thinking that she just wasn’t good in English.

“When we had external visitors come to school, some who are non-Malaysians, I thought it would be a good idea to get my students to give the visitors a school tour. I opened the opportunity to all students on the condition that they write a letter of intent on why they wanted to do it. To my surprise, S applied and in her letter, mentioned how the idea is unfamiliar to her, but she wants to give it a shot anyway. This caught my attention and I selected her.”

“What followed was intensive practice through route planning, interviews, scriptwriting and role-playing, all of which S engaged in with enthusiasm. There were times when she felt she had hit her limit and couldn’t go on anymore, but I saw that she continued to persevere. She even prepared cue cards for the day of the tour! During the tour, I intentionally paired her with an Australian visitor which meant she had to speak English throughout the session. Did she do this perfectly? No, but she really gave her best and I was very proud of her for trying. Even the visitor mentioned that she was impressed with her effort and commitment. After that, I offered her opportunities to speak to English speakers at other events. She continued to take these challenges up with great enthusiasm.”

“This is not a perfect story though. In class, S still remains problematic. In fact, earlier this year, she had disciplinary action taken against her for misconduct in school. Despite this incident, S continues partaking in other non-academic opportunities provided to her.”

The story of S is a classic case of how, when presented with the right opportunities, students can shine. These opportunities help them discover their talents and contribute to the society in meaningful ways. However, many students, especially those who are academically lower-performing are often not even given the chance to be exposed to activities that help them gain soft skills for the future.

Many teachers, overburdened with school work and documentation, are hesitant to put in the extra effort to train these students. Instead, students from higher-performing classes are chosen because “it’s easier” and they can “manage themselves”. As a result of this culture that exists in most schools, the inequity between classes in the same school continues to widen. 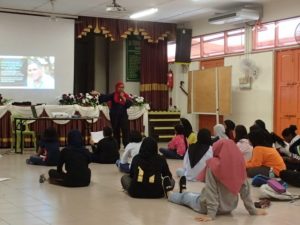 In an effort to further expose and grow students from lower-performing classes, Atiqah began a student ambassador programme as part of an existing project she had been working on since 2016: The Baju Melayu Raya Project. This project collects old festival attire in good condition and gives them to the needy, so they too can enjoy celebrating Hari Raya wearing beautiful clothes.

To empower and grow her students, Atiqah handed over the entire responsibility of executing the project to them. They had to figure out how and where to collect these clothes, check if they are in good condition, as well as identify potential recipients of the collection in their community. Initially, her students  weren’t confident they could pull this off, and consulted Atiqah to provide guidance. However, through Atiqah’s encouragement and their own perseverance and effort, they gained project and time management skills, executing their plans for the Baju Raya Melayu Project in just one month! They also sharpened their communication skills through interacting with different stakeholders, and more importantly, became more aware of the social issues in the community. Through the Baju Melayu Raya Project, they felt empowered and increased in confidence, knowing that they too, regardless of how young they are, can take a stand and make a change through their actions.

Atiqah’s student hands over the collected garments to beneficiaries.
Note: Faces have been blurred to protect the identities of those featured

Like Atiqah, Teach For Malaysia Fellows and Alumni throughout the country run initiatives in their respective schools; all in an effort to expose students to opportunities and provide them with the means to grow both academically and non-academically. However, we all can narrow the opportunity gap by doing our bit; whether providing opportunities to those who need them, volunteering our time or donating to support efforts related to education. Education inequity is not an issue that can be solved overnight, but it can end if we all help to close the gap.